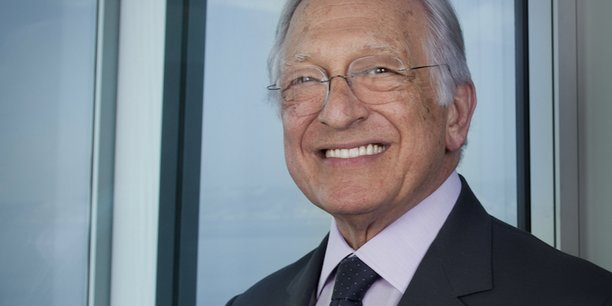 Marseille has lost the founding father of CMA CGM

Marseille make his farewell to Jacques Saade, the founding father of CMA CGM. It’s with a deep sadness that the CMA CGM Group announces the death of Mr. Jacques R. Saade, he dedicated his life to the company. He was the founder and the President of the CMA CGM Group. He unfortunately passed away on the 24th of June 2018 at the age of 81.

Mr. Saade developed the company since 1978 in more than 160 countries. He had an extraordinary vision, he made the Group into a world leader in the maritime transport of containers. Nowadays, CMA CGM is the third largest conterline in the world. It serves more than 420 ports with a fleet of nearly 500 vessels, with a combined TEU capacity of 2.6 million. It’s representing 11.7% global share. There is more than 750 offices worldwide and more than 30 000 employees.

The CMA CGM tower being the emblem of Marseille

In 2004, Jacques Saade decided to build a new headquarters in Marseille and entrusted the project to the famous Anglo-Iraqi architect Zaha Hadid. This project meets multiple objectives: centralize all the activities in one point, symbolize the dynamism of Marseille’s urban landscape and a wonderful workplace.

The tower CMA CGM, is a 145 meters tower and its 135 meters “annex” building that overlooks our 1ere Classe offices 300 meters away ! A huge project have been built : 64 000 sq meter, 33 floors, 13 elevators, and 5 parking levels. The tower CMA CGM is one of the most prominent tower of Marseille. Above all, the company gathered in marseille over the year the most important international businessman.

Hundreds of people from all over the world were attending Jacques Saade funeral . The funeral ceremony for Mr Jacques Saade has been held in Marseille, and took place at the La Major Cathedral on Friday June 29th, in the way he intended.

Consequently, Marseille loses one of its most prestigious ambassadors and France is one of its most emblematic entrepreneur. To his family and their relatives, 1ere Classe Team offers his condolences.